emoji teams with Aldi across Germany 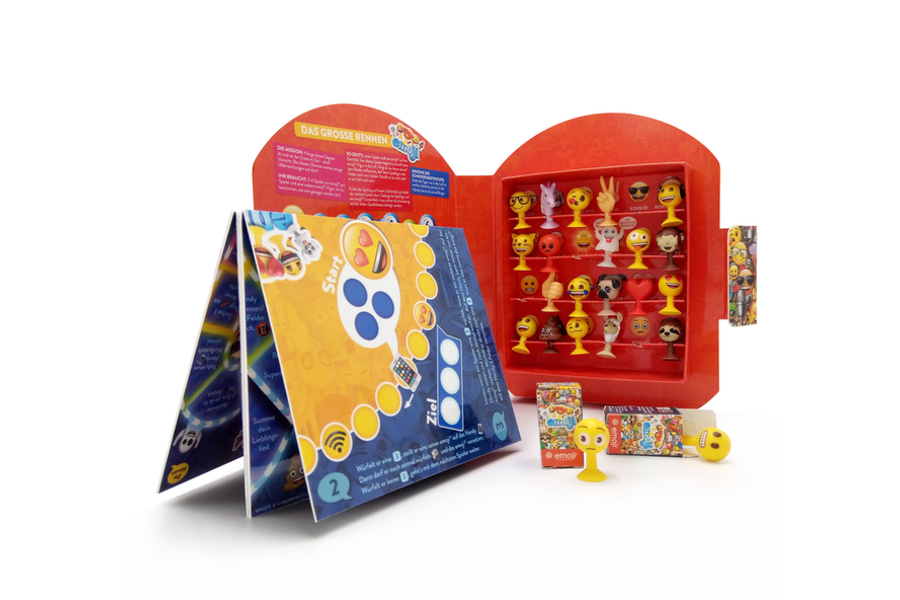 Collectable figurines promotion to run in all Aldi branches across country.

The emoji brand has joined forces with Aldi across Germany for a special collectable figurines promotion.

Secured by licensee Boost Deutschland, the promotion kicked off nationwide on September 2 and is available across all branches of the retailer in the country.

The 24 emoji collectable figurines will be available until October 12, 2019 in more than 4,000 branches.

Tailor made for Aldi by the emoji company and its partner Boost, the promotion include special customised emoji icons including the emoji Spooky with glow in the dark effect and the emoji Bling Bling icon with a glittering effect.

Also available is a collector’s box to store all 24 emoji figurines which also contains a board for various games. For each €15 spent, customers will receive one emoji collectable figure, while the collector’s box is priced at €1.99.

A dedicated Aldi emoji app has also been developed which allows customers to digital collect emoji figurines with hints hidden in Aldi flyers. The app contains special features, two mini games, 3D special effects and augmented reality features which encourage the customer to interact with the promotion in-store, where they can find life-sized emoji figurines.

“We are proud about this first German-wide emoji collectable figurines promotion with Aldi,” commented Marco Hüsges, ceo and founder of the emoji company. “We are very excited to realize such a meaningful campaign together with our partner Boost Deutschland GmbH and Aldiwhich for sure will guarantee fun for the entire family.”