ZAG and The emoji Company to Collaborate on Global Partnership. 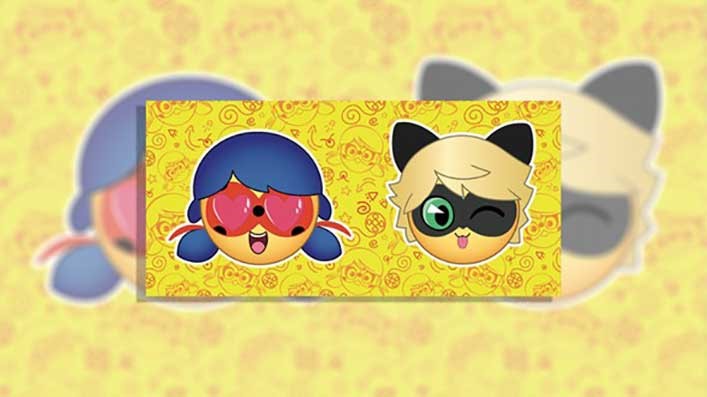 Award-winning global independent animation studio ZAG has signed an agreement with The emoji Company to develop and launch a collaboration with “Miraculous: Tales of Ladybug and Cat Noir” and emoji. The announcement was made today by Julian Zag, executive vice president global operations and head of consumer products, ZAG, and Marco Hüsges, chief executive officer and founder of, The emoji Company.

This agreement will offer partners brand icons for licensing across categories such as apparel, accessories, footwear, electronics, figurines and collectibles, drinkware, fan merchandise, home goods, stationery and more. Together with Emoji, the two companies will deliver a global licensing program.

“The emoji brand is globally known for its expressive consumers goods, events, and entertainment services, and is one of the most versatile and used forms of communication and icons in the world,” says Julian Zag, executive vice president of global operations and head of consumer products, ZAG. “We are at the most exciting point in our Miraculous adventure to date, with a $100+ million animated feature premiering later this year, and season five rolling out this fall following astounding season four ratings, and we look forward to creating a unique and exclusive brand collaboration for emoji and Miraculous fans the world over.” ZAG Unveils New Animated Musical, ‘Melody,’ at Licensing Expo 2022

“Miraculous, featuring the beloved Ladybug and Cat Noir, has become a worldwide phenomenon with its unique stories and strong values of friendship, empowerment, and courage,” says Marco Hüsges, chief executive officer and founder of The emoji Company. “With emoji icons global brand recognition across all age groups, we will work together with ZAG to bring this new collaboration to key licensed categories with an initial focus on apparel.”