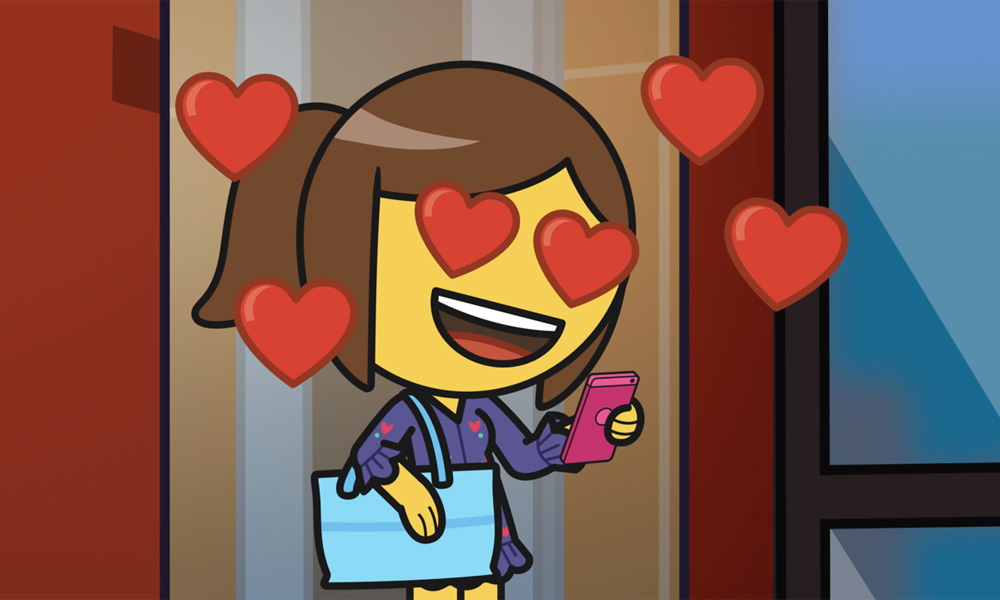 The emojis are coming to life on screen.

Produced and managed by WildBrains’ ad-supported studio WildBrain Spark, the short-form, animated series, called “Emojitown,” will premiere on YouTube at the end of May.

The series features silent emojis living modern-day urban lives and explores diversity, gender identities, sexualities and other socially conscious topics. The show aims to relate to teens’ everyday lives and offer an opportunity for advertisers to appear where kids are, said Marco Huesges, Founder and CEO of Emoji company.

“In ‘Emojitown,’ we see daily struggles ranging from the mundane to the absurd. The perils of dating apps, the instant regret of a DIY haircut, the cringe of a poolside bikini fail and more, are all played out with sharp hilarity in vibrant, 2D-animated color,” Huesges said in an email. “The characters are extremely diverse, and they represent ‘real people’ including attitudes, style, ethnicity, gender, ability and sexuality we see every day. We believe that our audience will see themselves or someone they know in the characters we’ve created.”

The series will contain 50 two-minute episodes that will run with six and 10-second ads. Brands can also integrate directly with the show, Charles Gabriel, VP and head of advertising in the U.S. at WildBrain Spark said.

“These are teen emojis that live in a town that has all the same types of places that [everyday people] go to,” he explained. “That’s an opportunity where brands can really make themselves relevant in the show and to the audience.”

“Emojis are a common [global] visual language for this audience,” he added.